Born on the 4th of July

OMG started about 8 years ago while I was still catering BBQ. At the time it was just Double Throw Down BBQ. As we made our own cobblers for the catered events, I was looking for a smooth creamy ice cream to go with our cobblers. Since I was already accustomed to making all our products from scratch it was only natural that we looked at making our own ice cream.

I bought some ice cream books and did a lot of online research and came up with my first recipe. I then went out and bought a new White Mountain electric rock salt ice cream churn and tried my first batch at a catered event that weekend.

The first batch was good and everyone at the event loved it, but it wasn’t what I was looking for.

Bought some more books, did a little more research and tweaked it a little for the next event. It came out better but still not what I was trying to accomplish. This went on for about 3 years until we went to a Fourth of July party 4 years ago. 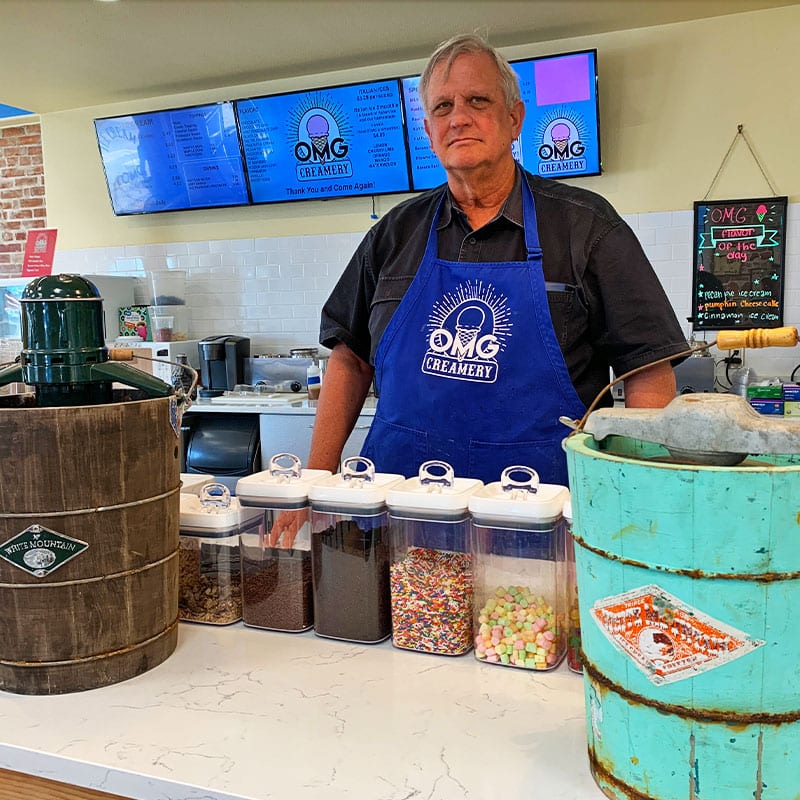 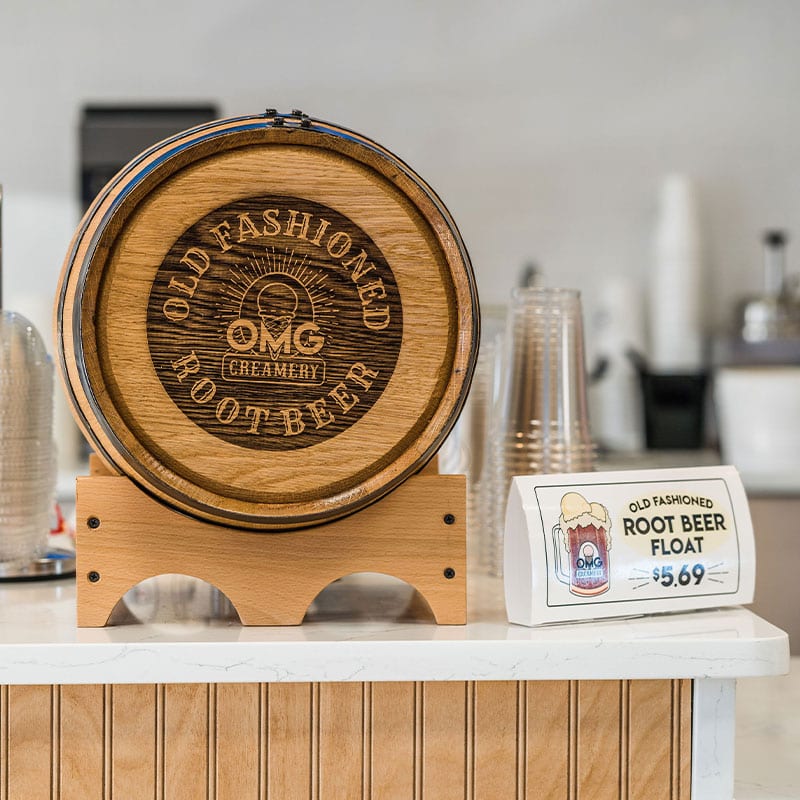 And the name is born

I had just made another adjustment to both the recipe and the technique for this party and was looking forward to trying it out. When the ice cream finished churning and I started serving it the guests at the party were going “Oh My Gosh! This is the best ice cream I have ever eaten, you should do something with it.”

I tasted it and at that point said “this is it, this is a keeper” and my current base recipe was born. I guess you could say “It was born on the Fourth of July”.

Shortly thereafter I purchased a small commercial grade Italian built ice cream churn and started pushing more ice cream at my catered events. We did a lot of weddings, so the ice cream fell right into place for these events. The small commercial churn that I had purchased turned out to be quite a disappointment, it just wouldn’t hold up to the use even though it was promoted for use by catering companies and small restaurants.

I went back to the old rock salt churn for a while until I discovered Emery Thompson batch freezers. I purchased their small 6-quart machine and was amazed at the performance first time I tried it. Once I had the Emery Thompson up and running it was like no job was too big and the consistent performance of the machine just made batch after batch of perfect ice cream.

Ever wonder who throws the big events in Wylie like the Wylie Championship Rodeo or Bluegrass on Ballard?

The Wylie Chamber of Commerce and The Wylie Downtown Merchants Association (Discover Downtown Wylie).
Click on their logos below to learn more about each! 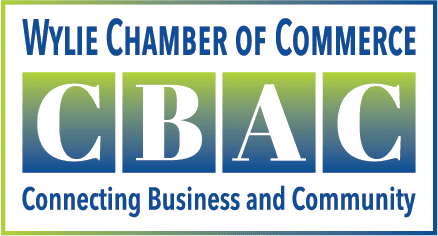